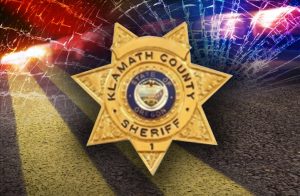 KLAMATH COUNTY, Ore. – A deputy was reportedly injured during a crash in Klamath County.

Investigators said on the evening of Sunday, November 14, a Klamath County Sheriff’s Office deputy was responding to an emergency call in the Chiloquin area when he was involved in a two-vehicle crash near milepost 268 on Highway 97 north of Klamath Falls.

The deputy was taken to Sky Lakes Medical center and remains hospitalized with moderate injuries.

The Klamath County Sheriff’s Office said the people in the other vehicle reported no injuries.

KCSO did not say whether the deputy was responding to a shooting that occurred in the Chiloquin area that same night.