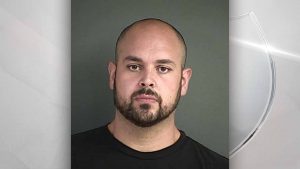 The Douglas County Sheriff’s Office said on June 17, detectives were told about a 5-year-old child who suffered an “unexplained fracture of his femur.”

DCSO investigated and found enough evidence to arrest 32-year-old Bronson Daniel Knight. He was charged with assault in the second degree and criminal mistreatment in the first degree.

Detectives said the child was known to Knight, but they didn’t elaborate any further and no other information about the case was provided.