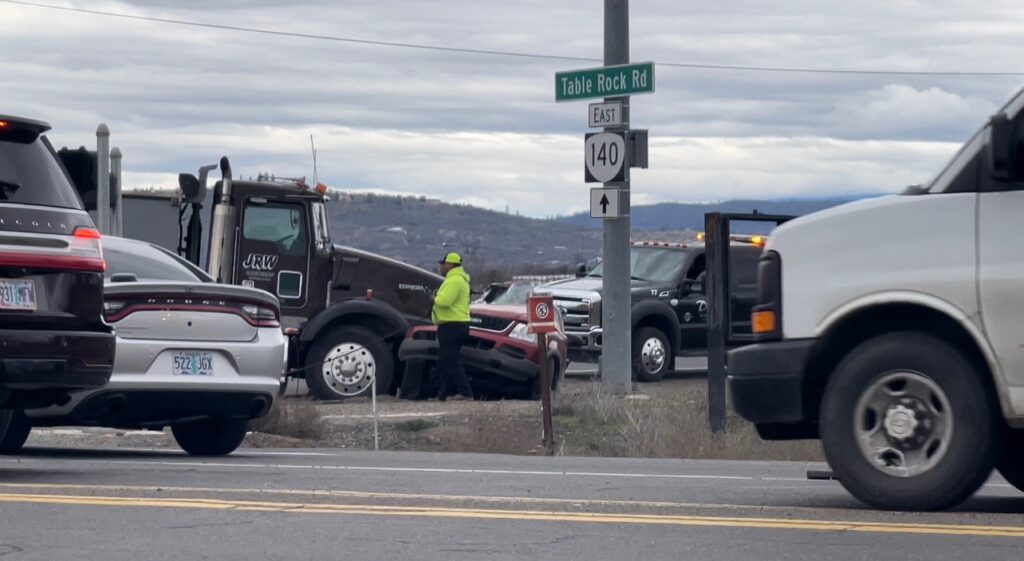 WHITE CITY, Ore. – A Grants Pass man is being charged with driving under the influence of intoxicants after a crash in White City.

According to investigators, Bell was “visibly intoxicated” after the crash. Following a field sobriety test, he was arrested and taken to Asante Rogue Regional Medical Center for a medical check.

OSP said Bell has two previous convictions for DUII, so he’s now facing a felony charge of DUII instead of a misdemeanor. He was also charged with reckless driving, reckless endangering, driving while suspended, and failing to install an ignition interlock device.

The driver of the semi-truck did not appear to be injured.