MEDFORD, Ore. – A DUII suspect was arrested after a New Year’s Day pursuit in Medford.

The Medford Police Department said early Wednesday morning, an officer tried to pull over a vehicle near the intersection Jackson Street and Crater Lake Avenue. The vehicle took off at a high rate of speed and crashed shortly thereafter.

Last night, Medford Police say they arrested 3 other drivers for driving under the influence of intoxicants.

According to MPD, the crash was “devastating,” but the driver, later identified as 36-year-old Dominic Joseph Sbicca, was able to escape on foot. He was later found by officers near Spring Street and Springbrook Road. 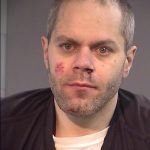 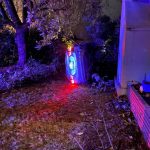 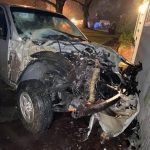 Police said Sbicca was intoxicated. He was lodged in the Jackson County Jail for attempting to elude, driving under the influence of intoxicants, hit-and-run, reckless driving, and criminal mischief.

Nobody was seriously injured in the incident.

Homeowner Kalee Osuna says the car crashed into the side of her living room.

Her daughter’s bedroom is just feet away.

“It could have been a lot worse and I’m just thankful that it wasn’t,” said Osuna.

The crash, Osuna says, is a reminder of how lucky they are. But she doesn’t want anyone else to have to go through this.

“Call a taxi, have a designated driver,” she said. “Something so much easier and better than getting behind that wheel.”