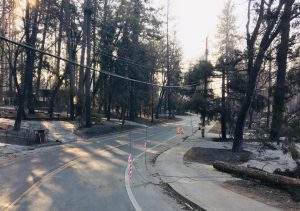 According to Dutch Bros, they’ve matched up to $150,000 in customer donations, bringing the total up to $401,530. The donated money will be distributed to local non-profit organizations working to directly help fire victims in northern California.

“It’s truly inspiring how many people gave to support the victims of the California wildfires—we couldn’t do it without you,” said Travis Boersma, CEO of Dutch Bros. “We’re honored to play a small role in helping communities in need.”

“Thank you to the communities, customers and employees who rallied together to make a positive impact during trying times,” said Kendra Lellis, managing director of Love Abounds Foundation.

The Camp Fire burned over 150,000 acres and devastated several communities before it was contained. At least 85 people were killed in the blaze.