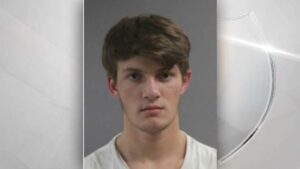 JACKSON COUNTY, Ore. – A suspect was arrested in connection with a fatal stabbing that happened last week outside the rural community of Wimer.

The Jackson County Sheriff’s Office said on the night of September 18, deputies were told about a stabbing that happened in the Elderberry Flats area. When deputies arrived, they found one man dead.

According to JCSO, the suspect was identified as 20-year-old Brenden Rex Stansell of Eagle Point. He was arrested on September 21. He was lodged at the Jackson County Jail for murder and assault.

The identity of the victim will be made public once his family members have been notified.