0
Share
WASHINGTON, D.C. (NBC News) – President Biden announced Tuesday the United States will have enough vaccine supply to vaccinate every adult who wants a shot by the end of May.

Meanwhile, in an unprecedented partnership, Merck will soon begin producing the Johnson & Johnson vaccine in order to increase supply as quickly as possible.

“This is the type of collaboration between companies we saw in World War II,” President Biden noted, adding, “We also invoked the Defense Production Act.”

That was done in an effort to step up the supply of medicine that to this point has been lacking.

Experts say the vaccine’s protection is desperately needed, even as many communities now begin to ease restrictions and safety protocols.

Texas on Tuesday became the first state to end its mask ban and open businesses to 100 percent capacity. 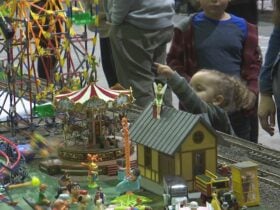