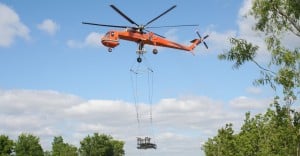 The Portland-based company will continue to run its operations center in Central Point following extensive reorganization and financial restructuring.

Chapter 11 allowed the company to deal with over $400 million in debt.

The company’s stock lost all its value after the bankruptcy and is now privately held by a shareholder group that includes former bondholders.

On May 15, the company announced new leadership after it emerged from bankruptcy. Andrew Mills will serve as the interim president after Jeff Roberts resigned his position in early May.

Mills said, “I am optimistic about our future at Erickson. Our new owners and I believe we deliver a significant value to customers given our recent restructuring, we now have a far better financial path to move forward. We appreciate the support of our many stakeholders around the world.”