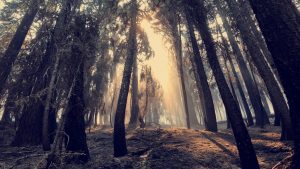 SISKIYOU COUNTY, Calif. – Some residents near a fire burning in Siskiyou County were told they need to evacuate due to an encroaching wildfire.

The Natchez Fire was started on July 15 after a thunderstorm passed over northern California and southwestern Oregon. Since then, the fire has grown to 6,988 acres and was 15% contained.

The fire is located near the Oregon-California border between Happy Camp, California and Cave Junction, Oregon.

On August 1, the U.S. Forest Service said evacuation orders were issued for two residences near the terminus of South Fork Road. People at those residences were warned of the danger on July 31 and had already left their homes.

The entire community of Sunstar in Del Norte County has been placed under a Level 1 evacuation status.

The information in the following article was accurate as of August 1 at 4:00 p.m. Evacuation levels may have changed since this article was published. For the latest information, visit https://inciweb.nwcg.gov/incident/5948/