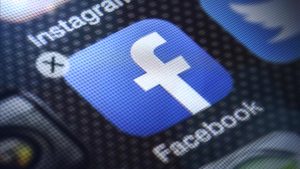 The removal is the latest in a series of moves to crack down on misinformation campaigns on social media.

Other posts were about Christianity, American relations in the Middle East, and the U.S. immigration policy.

Six Facebook accounts were removed from the social platform as well as five Instagram accounts, all alleged to be part of the Iranian network.

Facebook also announced Wednesday that it took down a network of accounts targeting Ukraine.

Those were allegedly linked to Russian military intelligence.