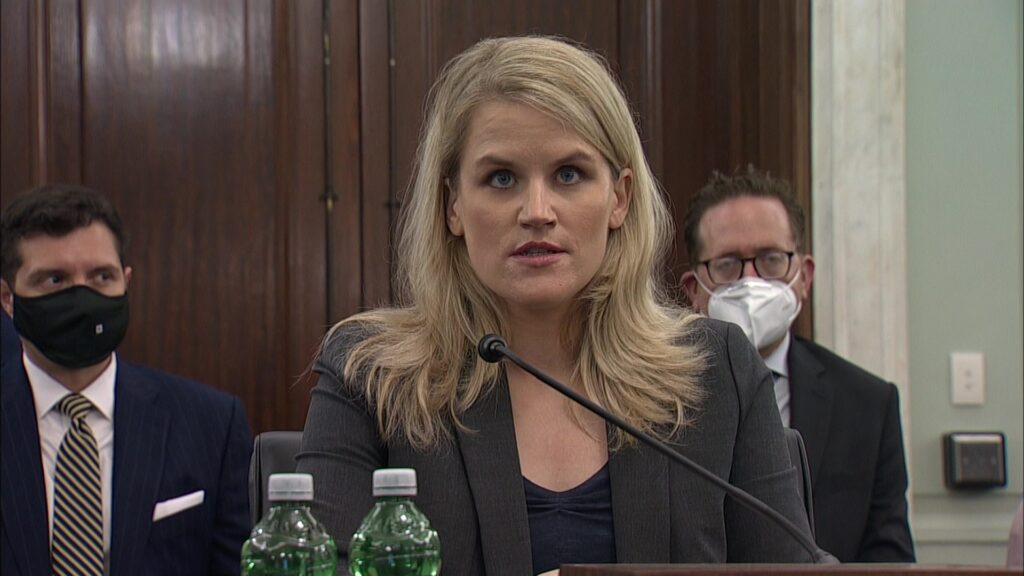 Her appearance will come during a hearing examining possible changes to the laws governing tech companies.

It comes weeks after Haugen leaked what have been called the “Facebook Papers” to the Securities and Exchange Commission.

In tens of thousands of pages, those internal documents shine a spotlight on the social media giant’s problems, including hate speech and misinformation, groups using the platform to cause real-world violence, and dangers non-English speaking users face in politically unstable parts of the world.

She also told attendees at a tech conference she believes CEO Mark Zuckerberg should step down.

Facebook claims the documents Haugen leaked provide a skewed image of the company’s research and efforts.