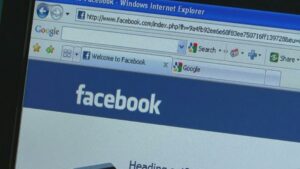 MENLO PARK, Calif. (NBC) — Facebook users will not get a heads-up from the company about whether some of their personal data has been posted online.

The incident involves more than 530 million accounts whose data was posted on a website used by hackers.

But Facebook says the information was scraped only from users’ public profiles.

So the company says it’s not sure which users would need to be notified and it will not send out any alerts.

However, Facebook has created a help center page for anyone concerned that their data may have been released.

The information includes users’ phone numbers and e-mails but not credit card or Social Security numbers.

However, the exposed data can still be used by bad actors.

On Thursday, LinkedIn confirmed a similar incident involving about 500 million of its users.

Their public information has been posted for sale online.