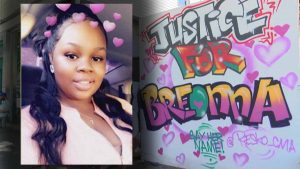 LOUISVILLE, Ken. – The City of Louisville, Kentucky has reached a multi-million dollar settlement with the family of Breonna Taylor that includes several changes to its police department protocols. However, there’s still mounting pressure for the state attorney general to file criminal charges in the case.

For months, her name and face have been a rallying cry for the Black Lives Matter movement nationwide. Louisville Mayor Greg Fischer said, “Her death has ignited a movement in Louisville and the United States for racial justice.”

The City of Louisville agreed to pay the family of Breonna Taylor a historic $12 million in a wrongful death lawsuit. Attorney Lonita Baker said, “But it’s important to know a financial statement was non-negotiable without significant police reform.”

The 26-year-old was shot dead in her own home during a botched narcotics raid in March, even though she had no history of drug or criminal offenses.

Among other reforms, the settlement includes requiring commanders to approve all search warrants before they go to a judge and giving officers housing credits to live in the communities where they serve.

Despite Tuesday’s agreement, there is continuing pressure for criminal charges in the case.

One of the officers serving the “no-knock” warrant was fired, the other two are on administrative leave.

While money cannot return a young life lost too soon, Breonna’s mother hopes her daughter’s death can be a turning point for a community and nation.