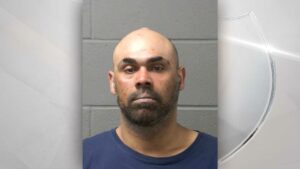 KLAMATH FALLS, Ore. — A suspect was arrested for allegedly stabbing a man to death in Klamath Falls.

Police said on February 18, 43-year-old Jason Malberg was stabbed in the neck behind the Klamath Falls Gospel Mission.

When first responders arrived, Malberg was reportedly bleeding profusely. He was taken to the hospital where he later died.

After the incident, a police K9 unit tracked the suspect to a nearby trailer. He was arrested and identified as 38-year-old Albert Ed Martin.

The Klamath Falls Police Department said the stabbing stemmed from a “property dispute.”

Martin remains behind bars in the Klamath County Jail on charges of murder, unlawful use of a weapon, and tampering with evidence.

Anyone with further information about this case is asked to call the police.