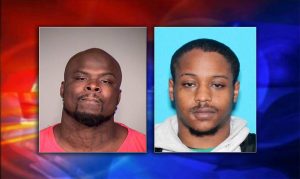 Portland, Ore. – The Federal Bureau of Investigation is looking for two men as part of a sex trafficking investigation.

According to the FBI, 33-yaer-old Aaron M. Barnes and 28-year-old Kamau Curnal have each been charged with sex trafficking of a child and transportation of a minor for purposes of prostitution. The men allegedly drove a minor from Portland to Seattle as part of the operation.

The FBI said while the charges stem for alleged criminal activity in Oregon, both men may be living in the Seattle area.