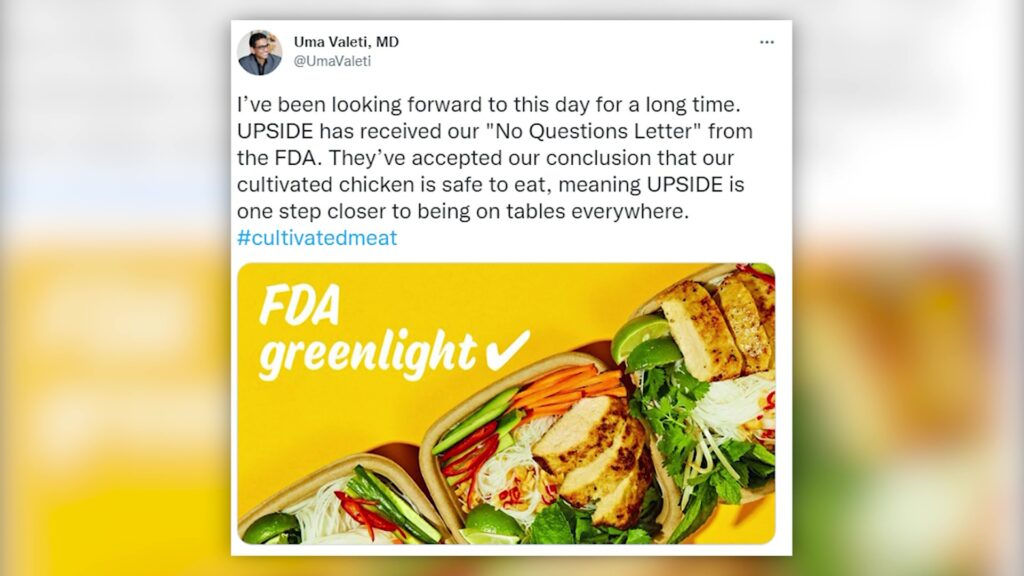 California-based “UPSIDE Foods” will be able to start selling its products once its facilities have been inspected by the Department of Agriculture.

The FDA said it had evaluated the information submitted by UPSIDE Foods and deemed it safe.

So far, the FDA has only given clearance for chicken made from cultured chicken cells by upside.

UPSIDE founder and CEO Uma Valeti has described the process as similar to brewing beer. But instead of growing yeast or microbes, they grow animal cells.

An FDA commissioner said in a statement: “They’re ready to work with more food developers that use animal cells obtained from livestock, poultry, and seafood to produce food.”

The FDA reportedly expects these products to be ready for the U.S. market in the near future.

Advocates hope that cultured meat will reduce the need to slaughter animals for food and help with the climate crisis.