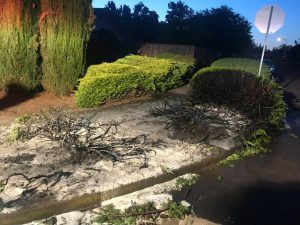 ly holiday is tense for firefighters across the Valley. They know that one stray spark can cause serious damage. So as fireworks were bursting in air, several agencies were on the ground to limit their damage.

“There were illegal fireworks going off all over the fourth, I think people realize that,” said Greg Kleinberg with Medford Fire-Rescue. The organization posted two photos to their Facebook page after responding to 53 calls on July 4th.

“We responded to 12 fires over the weekend and most of them were grass fires and vegetation fires,” said Kleinberg.

Medford Fire-Rescue also said a garage went up in flames after fireworks were not properly disposed of. They said about $2500 worth of damage was done. No injuries were reported.

On Oregon Department of Forestry land, the organization tells us there were four small grass fires over the weekend. Three were located in Josephine County and according to ODF only 1/10th of an acre burned. They said one happened in Jackson County and burned about 1/4 of an acre. Brian Ballou with ODF said it was mostly weeds that burned. 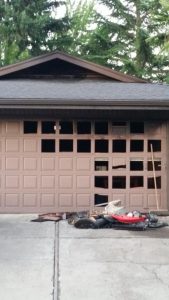 In Josephine County, Rural Metro Fire had two small fires due to fireworks. “We geared up in anticipation for it, where we had extra staffing on for the fourth,” said Division Chief Austin Prince with Rural Metro Fire.

He said one was extinguished before they arrived and the other burned 1/10th of an acre of land. It didn’t damage any buildings. Prince believes firework education led to the small numbers of fires. “We had a high potential for fires to get going but, in all five fires that did get reported, only two were from fireworks,” said Prince.