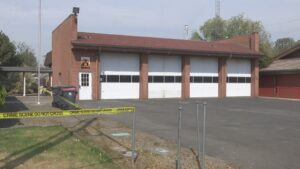 PHOENIX, Ore. — Fire District 5’s station number 3 was one of many structures destroyed by the fast moving Almeda Fire.

Now, the agency is asking for donations to rebuild.

It’s being done through ‘fund the first,’ a website for first responders to raise money when a catastrophic event occurs.

“It’s very important to keep that physical presence in the community, so that folks know emergency services are still responding and still available to them,” said Chief Hanley.

The agency is asking for over 900,000 for damage not covered by insurance or FEMA.

Although the station was located in Phoenix, it covered the California state line to the Medford city limits.