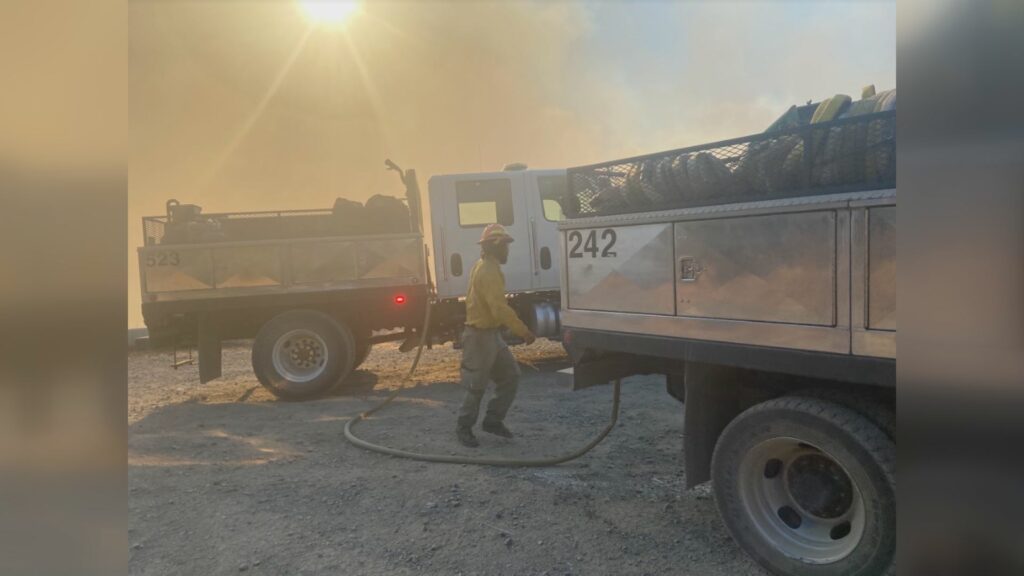 RUCH, Ore. – The Oregon Department Of Forestry responded to a grass fire near Jacksonville around 3 o’clock on October 2nd.

Multiple engines and helicopters are on the scene trying to gain access to the fire.

It’s located in a remote location to the southeast of Ruch. According to ODF, no homes are threatened.

ODF officials say the fire is estimated to be 10 acres with a moderate rate of spread. It says the main problem facing firefighters is the steep terrain of the area.

“Any time we have fire on steep terrain like this one, there are several challenges that come with that, like rolling debris whether that’s trees or rocks that are coming loose from all the activity,” said ODF’s Natalie Weber.

ODF says they expect to work on this fire throughout the night. Over one hundred firefighters are on the fire.

The cause of the fire is unknown at this time and is currently under investigation. We’ll continue to update you on this developing story as more details are released.