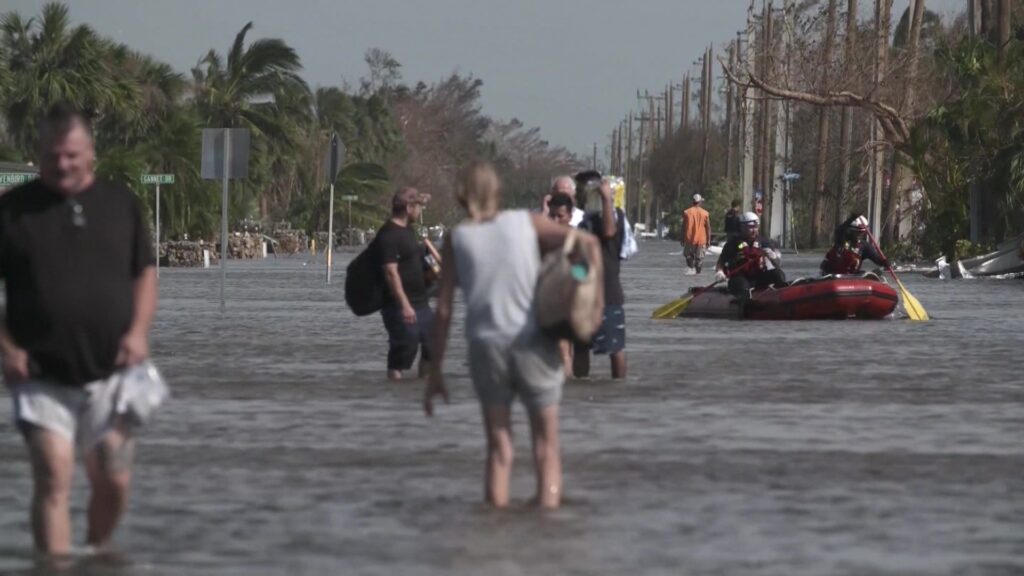 FORT MEYERS, Fla. – Officials say hurricane Ian is set to become the largest natural disaster in Florida’s history. At least 19 people have been killed and search and rescue efforts are still ongoing. Now, Ian has its sights set on the Carolinas.

Fort Myers Beach city councilman Dan Allers said, “Total devastation, catastrophic. Those are words that come to mind when you see what you see.”

It’s been two days after Hurricane Ian slammed into Florida’s southwest coast, and many are only just beginning to grapple with the damage and devastation left behind

One Fort Meyers resident said, “Being so hard working honestly doesn’t matter. It just is destroyed, it’s ruined and then you have to start all over again and honestly, where do you start? How do you start in this?

Almost two million are still without power and in Lee County, 85% of its residents are without running water.

Rescuers have gone to more than 3,000 homes, with many residents having to be plucked from roofs and partially submerged cars.

The mayor of Fort Myers, Kevin Anderson, said they have finished their rescue efforts. “We have rescued upwards of 200 people so far,” he explained. “Talked to the fire chief yesterday, he feels pretty comfortable that we’ve gotten everybody.”

Now, Ian is expected to head toward the Carolinas and northeast Georgia after intensifying again to a Category 1 hurricane in the Atlantic Ocean. Those governors have issued state of emergency orders ahead of the storm and many residents are being told to hunker down.