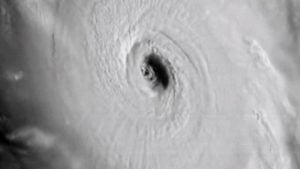 Irma’s first strike came overnight on the island of Barbuda, delivering sheets of rain and wind gusts of at least 155 miles an hour, leaving destruction and flooding in its wake.

The storm is now considered the strongest on record in the Atlantic, and is on a collision course with Florida.

Evacuations are underway in the Florida Keys, and millions across the state are heeding the dire warnings by boarding up windows and stocking up on supplies.