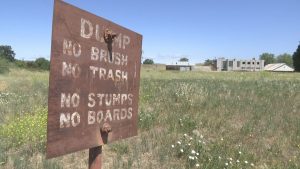 MEDFORD, Ore. — A local nonprofit is asking for your generosity for food donations.

The donations would go to the Medford’s new urban campground, which is set to open on Monday.

Rogue Retreat will be overseeing the temporary campground that will be home to about 100 people.

“When you have food in your belly and you’re cleaned from a shower and a safe place to be without your stuff getting stolen, that matters a lot. That really puts a person’s mind at ease and it makes them want to go to the next level and maybe get a job and see about getting the services they need,” said Shannon Holland, the Kelly Shelter.

Holland says the food does have to be prepared since they don’t have a way to cook at the camp.

Contact Rogue Retreat for information on how to donate.