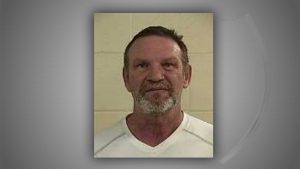 Grants Pass, Ore. – Police say a man sexually abused a teenage church member while he was a pastor at a now defunct church in Grants Pass.

The Grants Pass Department of Public Safety said they began an investigation on February 1, 2017 into reported sexual abuse of a juvenile girl by 51-year-old Michael Howard Lewis.

Police said at the time the alleged abuse occurred, Lewis was a pastor at Friends in Christ Fellowship Church, formerly located at 1205 Rogue River Highway in Grants Pass. The girl was a church member.

According to detectives, between July 2014 and November 2016, Lewis sexually contacted the girl several times at the church. The sexual contact occurred while the girl was between the ages of 14 and 16.

On February 22, 2017, police said Lewis was interviewed by police. Following the interview, he was arrested and lodged in the Josephine County Jail on charged of sexual abuse, two counts of rape and two counts of sodomy.

If you have any information about this case, contact Detective Heather Yerrick at 541-450-6260.