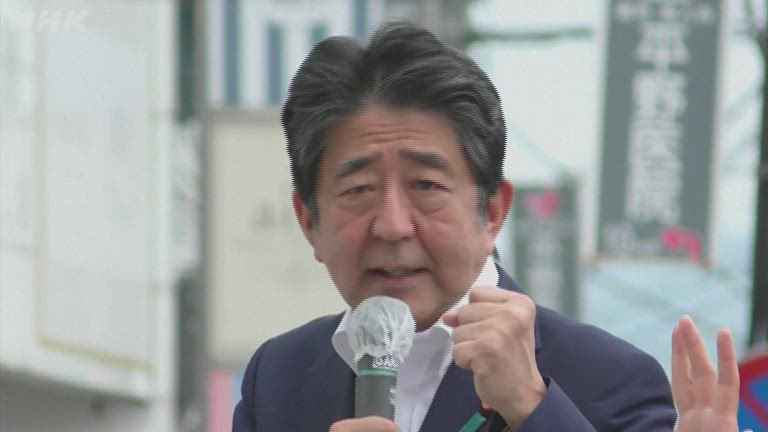 NARA, Japan (NBC) – Former Japanese leader Shinzo Abe died Friday after being shot at a campaign event in an attack that shocked a country where gun violence is virtually nonexistent.

Public television NHK aired a dramatic video of Abe giving a speech outside a train station in the western city of Nara. He is standing, dressed in a navy blue suit, raising his fist, when two gunshots are heard. In the next moment, security guards leap on top of a man in a gray shirt who lies face down on the pavement. A double-barreled device that appeared to be a handmade gun is seen on the ground.

The 67-year-old was shot from behind minutes after he started his speech in Nara.

He was airlifted to a hospital for emergency treatment but was not breathing and his heart had stopped.

He was later pronounced dead despite emergency treatment that included massive blood transfusions.

Police arrested the suspected gunman at the scene of an attack that shocked many in Japan, which is one of the world’s safest nations and has some of the strictest gun control laws anywhere.

Abe was Japan’s longest-serving leader before stepping down in 2020.