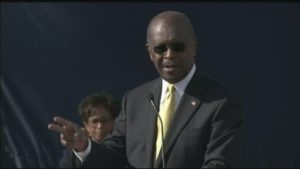 Cain was a business executive at companies including Burger King and Godfather’s Pizza.

Less than two weeks later, he was diagnosed with the coronavirus.