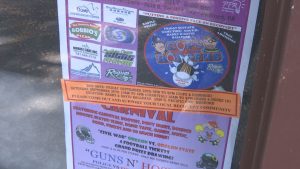 Medford, Ore.- The smoke we’ve seen in the valley has forced an annual festival to be rescheduled.

While air quality has seen an improvement from earlier in the week, Foundations For Recovery postponed their fourth annual Drive Out Drugs Recovery Festival.

It was set to be this weekend but the organization didn’t want to put carnival goers – and especially kids – at risk, in case anything changed.

Organizer Doug Gould didn’t want to cancel the event altogether saying it’s a good opportunity for people to learn more about what their organization does and what people who are suffering from addiction can do for themselves.

“Part of the festival is to put a positive face on recovery and that people can recover after a life of addiction, and that life can be restored,” said Gould, “We want people to hear that message.”

The festival will be rescheduled for the weekend of September 29th at the Harry and David ballpark.