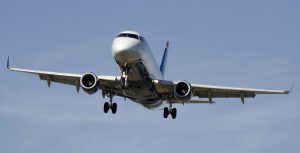 WASHINGTON, D.C. (NBC) – The stalled coronavirus stimulus bill that has millions of Americans concerned is especially troubling for those in the airline industry, hit hard by the pandemic. Tens of thousands have been furloughed and more job losses could come if help from Washington does not happen soon. Both sides of the aisle are blaming the other.

A coalition of airline worker groups, including pilot, mechanic and trade associations, is urging Congress to keep moving ahead with a bill that would extend government support for the industry at large.

They wrote a letter to House and Senate leaders that said in part: “We call on leaders to resolve any procedural issues and proceed as quickly as possible to preserve this extremely effective and efficient jobs and infrastructure program.”

Now, there are possible signs to be encouraged.

President Trump, after ending talks on a bigger stimulus package saying he wouldn’t negotiate until after the election, now said he’s open to a series of smaller deals including an airline relief pack. He tweeted, “The House & Senate should IMMEDIATELY Approve 25 Billion Dollars for Airline Payroll Support, & 135 Billion Dollars for Paycheck Protection Program for Small Business. Both of these will be fully paid for with unused funds from the Cares Act. Have this money. I will sign now!”

The move caused House Speaker Nancy Pelosi and Treasury Secretary Steven Mnuchin to discuss the possibility of a stand-alone bill for the airline relief program only.

It comes just a week after airlines began furloughing more than 33,000 workers.