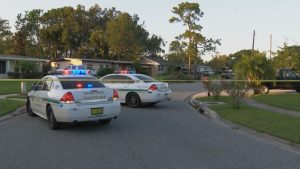 Seven people were inside the home when a child called authorities at 5:01 p.m. Tuesday, officials said.

The first deputy inside the door was overcome by the carbon monoxide fumes from the generator inside.

Three people, including at least one child, are dead and four other people who were rescued may not make it, officials said.

Electricity was cut to the neighborhood during Hurricane Irma. Homes were powered only by generators.

“It’s so sad because you know these people. They’re from your neighborhood, you know how bad it is,” neighbor Maria Tuzzeo said.