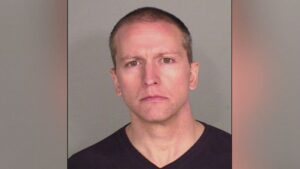 MINNEAPOLIS, Minn. (NBC) — A Minnesota judge said the former police officer charged with murder in the death of George Floyd can leave the state due to concerns over his safety.

Derek Chauvin is out on a $1 million bond as he awaits trial. One of the conditions was not to leave Minnesota. But the Department of Corrections said it has evidence supporting “safety concerns.”

A Hennepin County judge now says Chauvin can stay in a state bordering Minnesota if he chooses.

Chauvin was shown on video kneeling on George Floyd’s neck for more than eight minutes before he died in May. The incident has been a catalyst for protests against racial injustice across the nation.