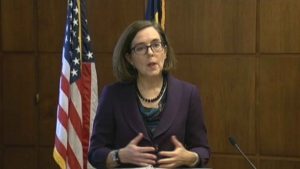 On April 27, Gov. Brown announced the creation of a “PERS Task Force” that will review and propose options for making billions of dollars in payments toward PERS.

Next week, Gov. Brown will sign an executive order that would streamline the methods used to collect on $3.3 billion owed to the state by debtors.