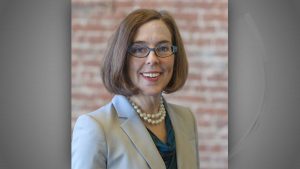 The proposal comes after an unfavorable audit of the agency by Oregon Secretary of State Dennis Richardson. The audit alleged, “Chronic management failures and high caseloads jeopardize the safety of some of the state’s most vulnerable children.”

According to the report, shortcomings in management are chronic and detrimental to the agency’s ability to protect kids. “As a result, the child welfare system, which includes the foster care program, is disorganized, inconsistent, and high risk for the children it serves.”

To address the caseworker shortage, Governor Brown is proposing an additional $14.5 million so DHS can begin hiring nearly 200 new staff members. According to the governor’s office, these positions will be mostly focused on “frontline support in field visits” in order to reduce the burden on caseworkers so they can spend more time with kids and families on their caseload.

The governor’s office said Oregon has a foster care system that’s almost twice as large as the national average.

“Before we can accomplish anything else as a state, the safety of Oregon’s most vulnerable children must be secured. We need more caring adults in children’s lives as soon as possible. Bringing in significantly more caseworkers and staff to support them not only means more time for each family, but a massive rise in overall staff hours that would relieve burden on existing caseworkers and stem turnover issues.

“We rely on dedicated professionals on the frontlines to ensure children’s well-being, and we need to do our utmost right now to support those caseworkers who are there, day in and day out, working in our communities and making an impact one child at a time.

“I urge our elected representatives to take advantage of this session to make sure that more Oregonian children have access to a brighter future.”

The governor’s plan still needs to be approved by the Oregon State Legislature.