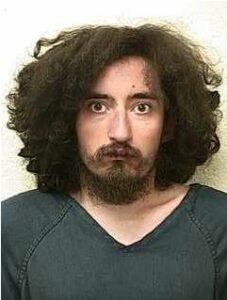 GRANTS PASS, Ore. — A local man was arrested for allegedly trying to kidnap a girl at a park.

The Grants Pass Department of Public Safety said that at about 7:55 Sunday night, a man tried to abduct an 11-year-old girl who was on a swing at Riverside Park.

After the alleged failed kidnapping attempt, the man reportedly followed the girl and her mother through the park.

When officers arrived at the scene, they detained the man. He was later identified as 31-year-old Martin Brandon Lynch of Grants Pass. Lynch as eventually charged with attempted kidnapping, menacing, harassment, and disorderly conduct.

Police added, “Based on the investigation, Lynch does not appear to be related to previous reported incidents occurring around local retail establishments. The Grants Pass Department of Public Safety would like to remind everyone to be aware of your surroundings and remain watchful of children while in public. There have been several calls involving subjects following families in public locations. Being aware will assist with seeing these individuals and making prompt calls to local law enforcement so we can locate and identify these subjects. The safety of our community, especially our children, is foremost for everyone who works in Grants Pass.”

Anyone with further details about this incident is urged to call the Grants Pass Department of Public Safety at 541-450-6260.