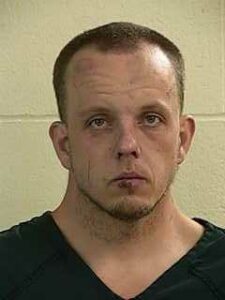 WOLF CREEK, Ore. — A Grants Pass homeless man will serve 33 years in jail, for stabbing a man to death in Wolf Creek in 2018. 36-year-old Kyle Winn was found guilty this summer of felony murder, among other charges.

Winn was arrested shortly after the crime, after barricading himself in a nearby home.

“I have had homicide cases, murder cases I guess I should say where it is stranger on stranger, but they had never met Kyle Winn before, so this day that this happened was the first time the Matthews family had met Kyle Winn,” said Josephine County Chief Deputy District Attorney, Lisa Turner.

Turner says Matthew’s wife is still impacted by all of this, three years later.