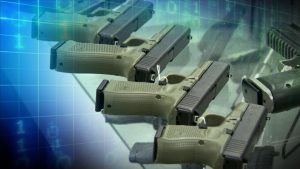 Honolulu, HI (KHNL) — Hawaii could become the first state to require that gun owners be registered in a national database, which would notify police if they’re arrested for a serious crime in another state.

Currently, when a person buys a gun, a background check is done. That doesn’t happen again unless they buy another.

A bill that passed the state Legislature would add all Hawaii firearm owners into the FBI’s “Rap Back” system.

The measure is undergoing a legal review by the Attorney General’s office before it heads to the governor’s desk.

“It’s about information sharing,” says State Senator Will Espero, who introduced Senate Bill 2954, “They’re in the state and county database, this measure will give that information to the FBI and put it into a federal database.”