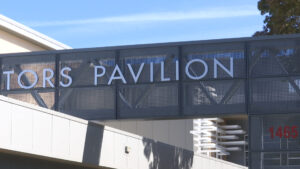 ASHLAND, Ore — Top high school players in the Rogue Valley will be competing in an inaugural basketball showcase in Ashland this Wednesday.

The Rogue Valley All-Star Basketball Games, will feature 3A – 6A high school basketball boys and girls in Jackson county. It’s being held at the Lithia Motors Pavilion on the campus of Southern Oregon University.

The coaches representing the girls teams are Manny Crump and Will Young. Danny Miles and Matt Zosel will be coaching the boys teams.

Admission to the event is five dollars, with proceeds going to Manny’s Basketball Association.

Jackson County Commissioner Rick Dyer is involved with the organization, and said it will be a great time to celebrate the students and coaches.

“We got it organized and we’ve got some of the best boys and girls in Southern Oregon,” Dyer said. “We’ve got some legendary coaches, and I think it’s going to be an amazing event.”