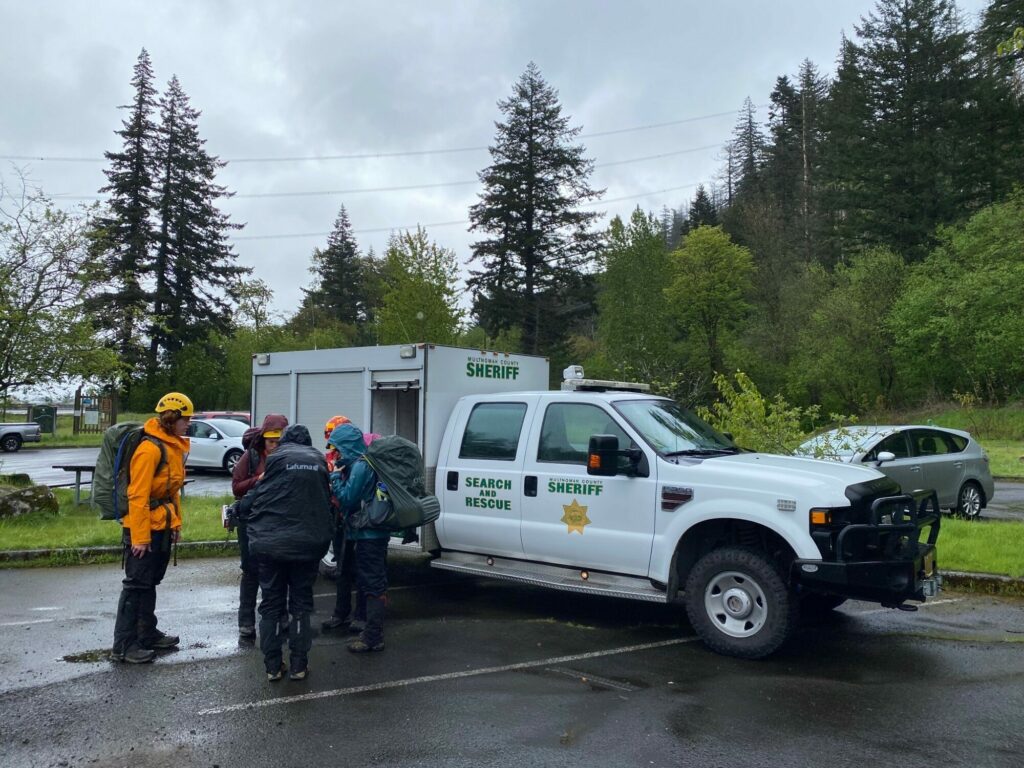 Munra Point is located near Cascade Locks, west of Wahclella Falls. It’s an exposed rocky viewpoint that climbs about 2,000 vertical feet in two miles, MCSO said. The trail to Munra Point is unmaintained.

At about 10:30 a.m., dispatchers received a call from a person at the Bonneville Dam. The caller said they spotted smoke from a signal fire at the top of the cliffside and were able to use a scope to see that a hiker was stranded.

Deputies responded to the location and spotted the hiker using binoculars. The sheriff’s office dispatched Multnomah County Search and Rescue and the Hood River Crag Rats, a highly skilled mountain rescue team, to the area.

At around 1 p.m., two rescue teams left the trailhead to try to contact the hiker and determine the safest rescue option.

The sheriff’s office confirmed shortly after 4 p.m. that search-and-rescue crews had reached the hiker, a 51-year-old man, and that he was able to walk on his own. The descent down is expected to take about three to four hours.

The hiker has early stages of hypothermia, the sheriff’s office said.

It’s unknown how he accessed the cliff or how long he may have been there, according to MCSO. It had been raining with temperatures in the mid-40s during the rescue.