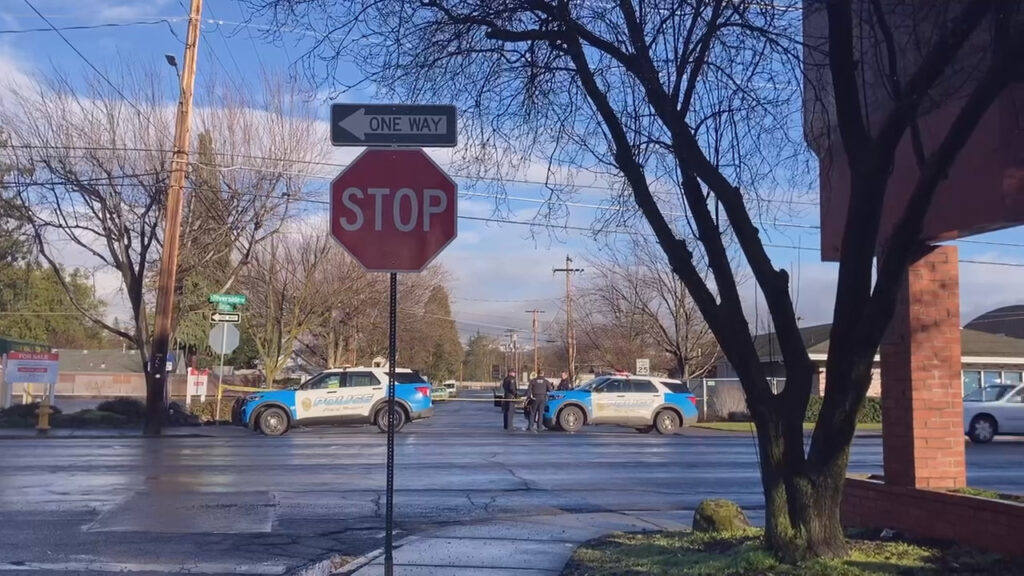 MEDFORD, Ore. – Police are investigating an apparent homicide in Medford.

Police said at about 12:24 p.m. on Friday, December 31, officers responded to the area of 10th Street and Hamilton Street for a hit-and-run accident.

According to Medford police, the vehicle involved eventually made its way downtown.

As officers were checking the area, they were told about a disturbance at the nearby Sis-Q Motel.

A suspect was eventually tracked down in the area. He fled on foot but police were able to catch him on Riverside Avenue.

Medford police officers then reportedly found the other person involved in the disturbance dead at the motel. That victim is believed to be an employee of the hotel.

MPD said the suspect is believed to be involved in several other crimes which happened earlier in the day.