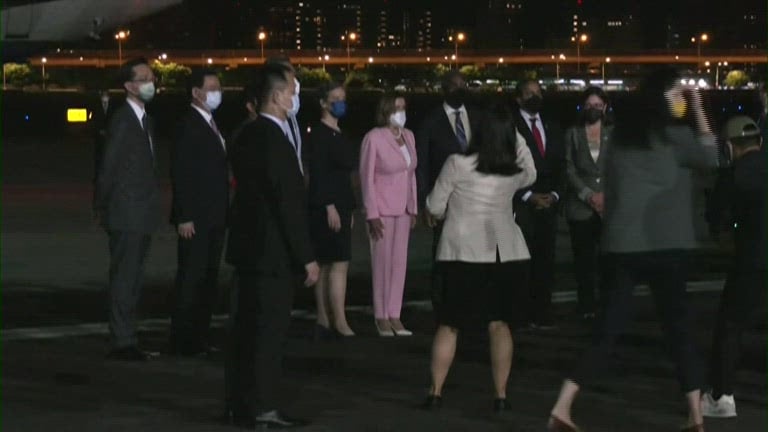 TAIPEI, Taiwan (NBC) – Democratic House Speaker Nancy Pelosi, who is leading an official congressional delegation to Asia this week, made an unannounced visit to Taiwan on Tuesday.

This visit is the first official visit to Taiwan by a speaker of the United States House of Representatives in 25 years.

The visit to Taiwan comes despite harsh warnings from the Chinese government.

Pelosi had invited a small group of lawmakers to join her on the trip, which they are making as the House enters its month-long August recess.

The controversial trip comes amid growing concern in Washington as U.S.-China relations strain over the future of the self-ruling democracy that Beijing claims as its territory, in addition to an economic slowdown and Russia’s invasion of Ukraine.

Pelosi was on a tour of Asia that includes announced visits to Singapore, Malaysia, South Korea and Japan. Her stop in Taiwan had not been announced but had been widely anticipated.