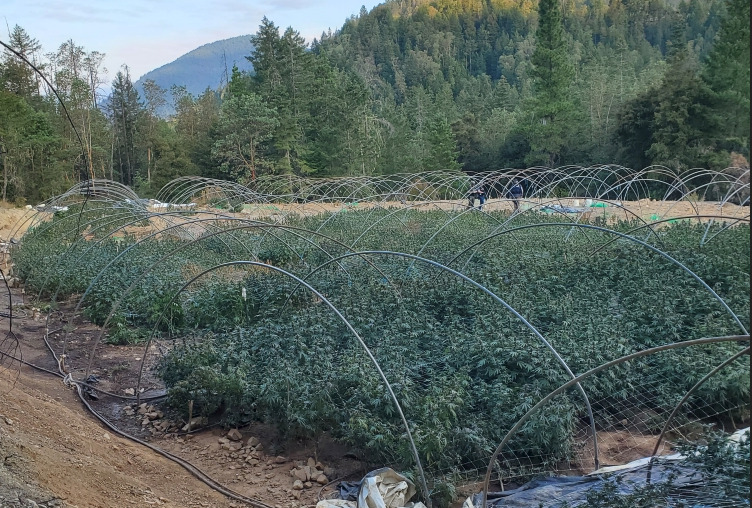 On the property, 32 greenhouses that contained 6,848 illegal marijuana plants were found along with several hundred pounds of hanging marijuana that had recently been harvested. In addition, two handguns and a double-barreled shotgun were found.

OSP said at least two workers fled the property. One person was detained, interviewed, and released.

The property was found with multiple county code violations which could result in the property’s closure and possible civil forfeiture.

No further information was provided about the ongoing investigation.