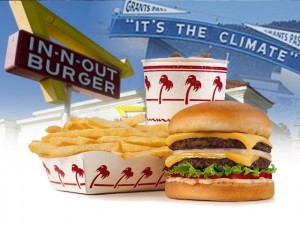 Grants Pass, Ore. —  There’s no timeline for when the Grants Pass In-N-Out will open, but we do know the burger chain is already putting some money into preparations for the increase in traffic.

The company will pay about $30,000 dollars for a signal upgrade at 6th and Morgan, and restriping for a two way left turn lane. ODOT says the ultimate goal is to avoid a backup on the interstate.

“On those first few days or weeks traffic heading for the In-N-Out instead of turning left on Morgan, we anticipate sending them all the way down to the next cross street and have them come back just so we avoid that backup on the off-ramp at 58,” ODOT spokesperson, Gary Leaming says.

ODOT plans to meet with In-N-Out leading up to the restaurants opening. Any specific changes to traffic won’t be announced until then.