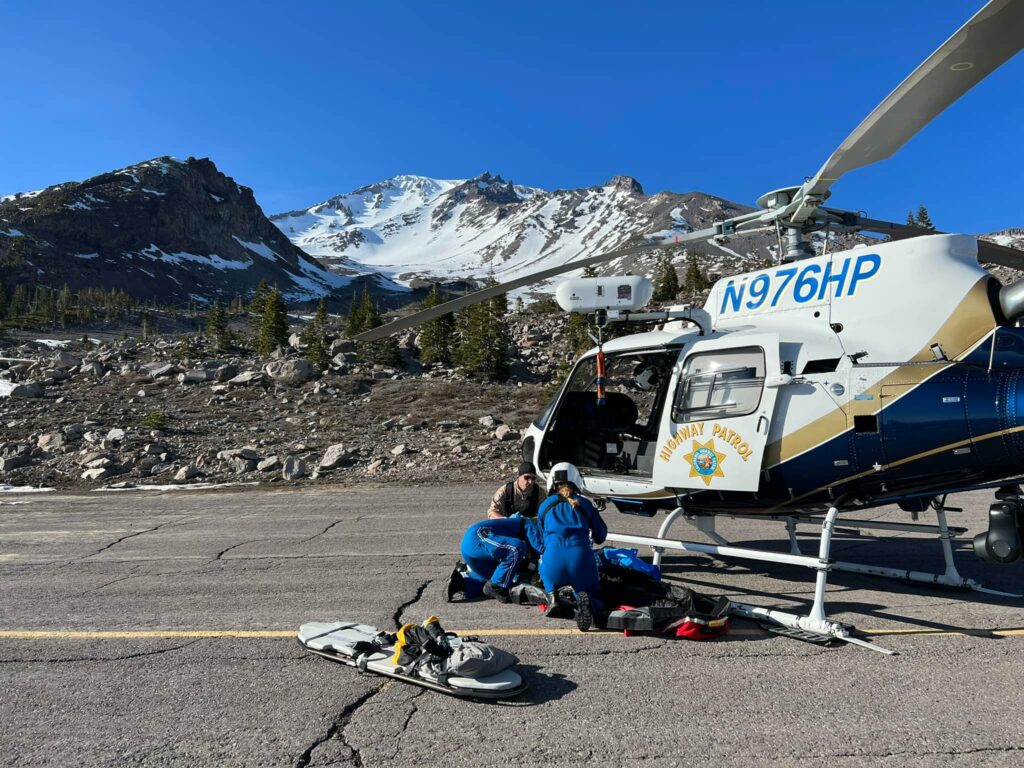 MT. SHASTA, Calif. – A person who fell while climbing Mt. Shasta was rescued via helicopter over the weekend.

The California Highway Patrol said on the afternoon of Saturday, May 23, a climber was critically injured in a fall near the Red Banks.

A CHP aviation crew used a helicopter to hoist the person off the mountain at an altitude of about 12,500 feet. The helicopter then flew the patient to a Mercy Air crew waiting at the base of the mountain.