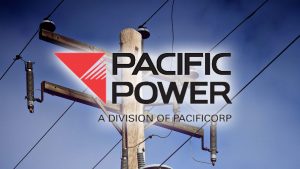 HAPPY CAMP. Cali. – Happy Camp residents are asking for answers after the Slater Fire burned through their community. The fire burned over 150 homes, including tribal housing.

The investigation into the cause continued on NBC5 Wednesday night.

Leadership within the Karuk Tribe said they want a full investigation into how the fire started.

A natural resource policy consultant that works for the tribe says Pacific Power may be to blame for not de-energizing power lines.

“We know this fire was not started by a lightning strike. We know that despite the red flag warnings, despite the high temperatures and high winds that pacific power did not shut the power off in happy camp as they should have,” said Craig Tucker.

Pacific Power said in a statement Wednesday it’s working alongside officials. The company has hired its own third-party investigator to quote ‘understand the totality of the event.’ It says it’s not able to comment further.

Pacific Power’s full statement is down below:

“Pacific Power is working alongside state and federal officials and our own third-party investigators to understand the totality of the event and, as a company policy, we do not discuss ongoing investigation work, including details about de-energizing lines.

We remain committed to understanding the entirety of the Labor Day storm through a comprehensive and thoughtful investigation.”