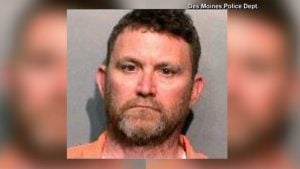 Urbandale, Iowa (NBC News) — Iowa police have made an arrest in the shooting deaths of two officers.

Scott Michael Green, a 46-year-old from Urbandale, Iowa, turned himself hours after the shootings.

The shootings are being called “ambush-style” attacks.

According to Des Moines police the incident started at 1:06 a.m. Wednesday with a report of shots fired. The first officer who arrived at that scene found an Urbandale police officer in his patrol vehicle, suffering from a gunshot wound. Twenty minutes later a Des Moines police officer was found shot in his patrol vehicle at another location. Both officers have died from their wounds.