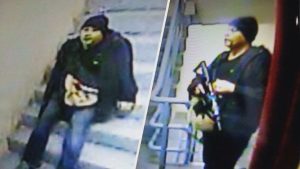 Manila, Philippines – ISIS has claimed responsibility for an attack on a Philippine resort that left 37 people dead; however, police say the attack was actually a violent robbery not related to terrorism.

A single gunman with a rifle opened fire at the Resorts World Manila and set fire to gambling tables Friday.

Police said after the theft, the suspect was shot and wounded by security guards. He retreated to a hotel room where he poured gasoline on a bed and shot himself.

CNN Philippines reported the suspect was found burned beyond recognition.

According to a CNN report, most of the people killed are believed to have died from smoke inhalation and suffocation from the fires.

A statement from ISIS stated an Islamic State fighter, identified as Abou al-Kheir al-Arkhebieli, was the gunman.

But Philippine police are denying that assertion.

“They can always claim whatever they want to claim,” said Oscar Albayalde, police chief for the Manila area. “They have this reputation of claiming all atrocities all over the world to perpetuate themselves to gain global notoriety. There is no truth that the incident is a terror act.”