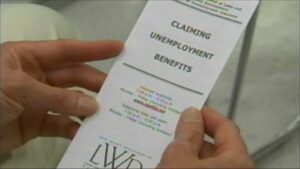 According to the Department of Labor, 787,000 workers claimed first-time unemployment benefits on a seasonally adjusted basis.

This is the first time since March that initial jobless claims were below 800,000.

Still millions of Americans do continue to rely on government aid to make ends meet.

Continued jobless claims, or people who have applied for benefits for at least two weeks in a row, stood at 8.4 million. That’s about a million lower than the prior week