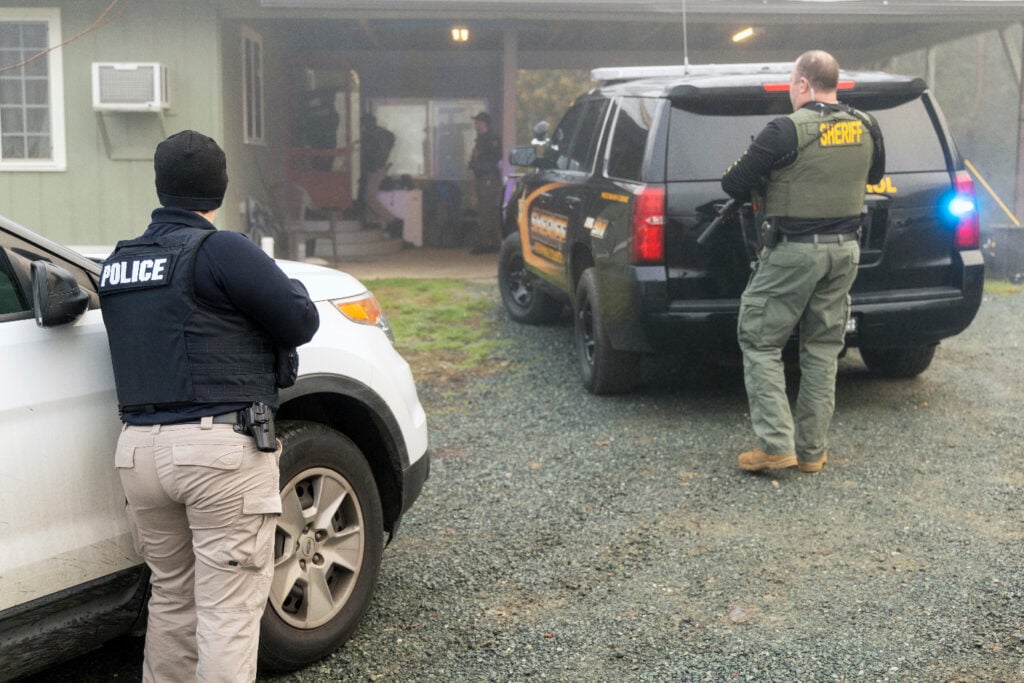 MERLIN, Ore. – A home outside of Grants Pass was searched in connection with a child exploitation case.

The Jackson County Sheriff’s Office said on Tuesday morning, an interagency task force searched a residence in the 1000 block of Plumtree Lane in Merlin. Investigators said they uncovered evidence indicating multiple images of child pornography were uploaded from the home.

Digital devices were seized and will be forensically examined.

JCSO didn’t announce any arrests, but deputies said possible witnesses and involved parties are being interviewed.

As with many other recent child exploitation cases locally, the National Center for Missing and Exploited Children tips triggered the investigation.

The Southern Oregon High Crimes Task Force is continuing to look into the case.
No further information was provided.