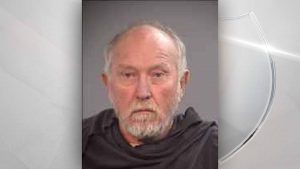 MEDFORD, Ore. – A local man has been charged in an apparent murder-for-hire plot.

The U.S. Department of Justice said 68-year-old Josephine County resident John Tobe Larson was involved in distributing marijuana to other states. He allegedly smuggled cash back into Oregon on a private plane he piloted.

Already under watch from the Drug Enforcement Agency, investigators learned Larson was allegedly trying to find someone to murder an associate who owed him $75,000.

Prosecutors said in June, Larson met with an undercover officer to discuss plans for the hit. He allegedly told the agent he wanted the body of his associate to never be found, explaining his belief the associate was a “rat” who worked with law enforcement in the past.

According to the DOJ, further discussion with the undercover officer put the price of the planned hit at $20,000. Before the meeting finished, Larson said he was planning a plane trip to deliver marijuana and bring back cash from Missouri. He’d use that money as a down payment for the planned murder.

On June 27, Larson met again with the agent in a Grants Pass hotel room, delivering $10,000 in cash, prosecutors said. He provided the agent with the victim’s name, address, and other information.

Larson allegedly told the agent he wanted a picture of the victim’s body being dumped in the ocean before paying the other half of the contract price.

The DOJ said on August 21, Larson was arrested in Rogue River. Right before he was taken into custody, Larson was led to believe the murder was completed. He gave the undercover agent $5,000 and concentrated marijuana.