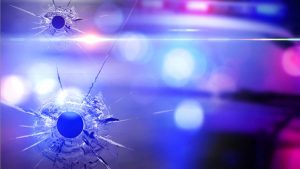 Josephine County, Ore.- Oregon State Police are searching for a suspect in a shooting in Wolf Creek Thursday afternoon.

Emergency crews were called to the scene of the shooting about 4:30 p.m. Thursday after a call to 911. The caller reported two small children had run up to his home and told him two people had been shot with a 30-06.

Both Oregon State Police and the Josephine County Sheriff’s Office responded to the address, but couldn’t get in because of a metal gate. Troopers ended up accessing the property through a hole in a wooden fence.

Once they made it onto the property, they found a man suffering from a gunshot wound. The victim was flown to a Medford hospital for treatment.

A person of interest was taken into custody at the scene, however investigators say the shooter had escaped. Law enforcement and Wolf Creek Fire Department cordoned off the area for more than two hours in an attempt to catch the suspect.

According to investigators, the suspect was sighted on Warren Road in downtown Wolf Creek near the railroad tunnel, and again at an RV park on old Highway 99. The suspect was last scene near the I-5 corridor dressed in black pants and a black hoodie.

The children who reported the shooting were taken into protective custody.

The shooter has not been arrested and is considered armed and dangerous.