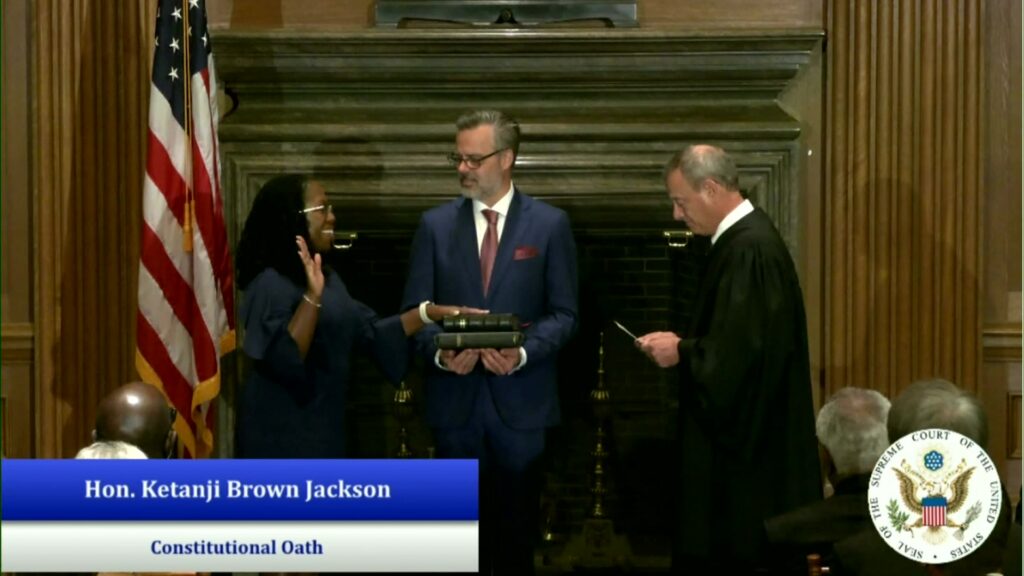 WASHINGTON, D.C. (CNN) – For the first time ever a Black woman was sworn into the U.S. Supreme Court.

Thursday, June 30, will go down in the history books as incoming Justice Ketanji Brown Jackson becomes the first Black woman to join the nation’s highest court.

She’s becoming the court’s 104th associate justice and she’s already standing out in that long line of predominantly white men.

Jackson is a historic addition to a historically unpopular court. Gallup reports confidence in the institution is at the lowest it’s ever recorded.

That makes this a notable moment from Jackson’s Senate hearings.

The Supreme Court says the opinions it released Thursday are the last of this session and a protest is already scheduled.