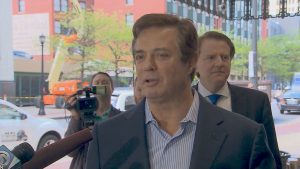 WASHINGTON, D.C. (CNN) –  A jury has weighed in on 18 charges of tax and bank fraud against former Trump campaign chairman Paul Manafort stemming from his consulting work in Ukraine.

Over 10 days, Special Counsel Robert Mueller’s prosecutors supported their allegations by detailing lavish spending Manafort made with the profits of that work, and how he concealed millions of dollars to avoid paying U.S. taxes.

Among their 27 witnesses, a bookkeeper and accountant who described fake loan statements and other counterfeit documents Manfort used to secure millions of dollars.

Gates was indicted with Manafort last October, but in February, agreed to cooperate with Mueller’s team.

Gates spent two and a half days on the witness stand, detailing financial crimes he says he committed alongside Manafort, and at Manafort’s direction.

Manafort’s team sought to hit at Gates’ credibility, prompting Gates to admit he’d embezzled from his former boss, and about an extramarital affair.

The defense rested its case without calling any of their own witnesses saying the government had not proven its case.

Manafort did not speak during the trial until Tuesday morning when he told the judge he would not testify.